Where to buy property in Waterfront District, United Arab Emirates 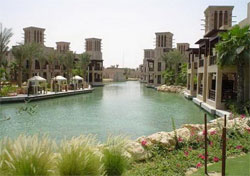 The most ambitious development under construction in Jebel Ali is the crescent-shaped Dubai Waterfront (a prime area), using up the only remaining unused portion of Dubai’s coastline, a 15-kilometre stretch, and reclaiming land from the sea.

The project’s master plan seeks to build a new city on 330 hectares of land, capable of a population density matching New York’s Manhattan district. It will complement the Palm Jebel Ali being built across, with its own six artificial islands nestling around it. It will feature another man-made project, the 75-kilometre Arabian Canal. 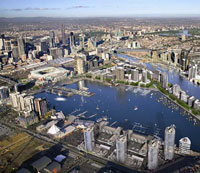 The Waterfront City, which will be a large residential area and the central business district of the Waterfront District, consists of an island surrounded by four neighbourhoods.

The City is next to the Jebel Ali Port, Dubai World Central Airport, and the Jebel Ali Free Zone. About half of its buildings are residential. These residences will range from high-end and expensive to more modest and affordable for Dubai’s workforce. 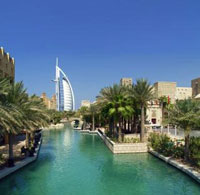 The Waterfront’s downtown area is Madinat Al Arab. More than half of the buildings here have a gorgeous view of the Arabian Sea. There is a harbour and a marina nearby and a broad canal going through the district. Madinat al Arab has a lot of public spaces and commercial areas mixed with the residential buildings. In the middle of the district is the Boulevard Park, with covered walkways, landscaped lawns and small water canals. Apartment buildings and hotels surround the park. 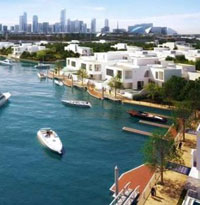 The Canal District is just one part of the massive Waterfront development, the world’s largest coastline construction project.

The Veneto District is a low density waterfront mixed development, with a number of single-family homes and townhouses and community centres such as mosques, schools, clinics and parks, near the Sheikh Zayed Road and the coastline with its marinas, boardwalks and waterways.

For all of the development projects underway in Dubai, very few of them offer affordable housing. One, however, is Badrah. This neighbourhood in the Waterfront District is close to the new international airport and the Jebel Ali Free Zone. Reisdential buildings here are mainly medium-rise ones situated close together. There are also office buildings schools, services such as clinics, and commercial areas here.

Having been criticized for the deplorable quality of accommodations for the very workers who are helping turn Dubai into the unimaginably luxurious playground for the wealthy it is, the Dubai government has planned a new waterfront district, Omran, for its growing workforce. Employees of Dubai’s various hotels, recreation centres, restaurants and other facilities alone are expected to number more than one million in a few years. The construction workers working on the state’s endless development projects already make up about half of the population.

Omran’s residences will be air-conditioned, fully furnished apartments and dormitories, with facilities such as clinics, libraries, supermarkets, shops and post offices. 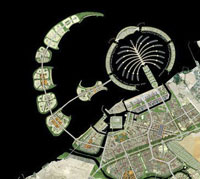 The six linked Waterfront Islands, 30 kilometres from one end to the other, will be even bigger than that of the Palm Deira, the largest of Dubai’s Palm projects. It is being planned as a low-density residential area, with commercial and recreation spaces. The islands will be interconnected by tunnels and bridges.

It will be years before people can move into the district. Land reclamation is still underway and will not be completed until 2012 at least.