Where to buy property in Vidzeme, Latvia

The Vidzeme district (a prime area) is situated on the right bank of the Daugava River. Its prime residential neighbourhoods are Purvciems and Teika.

Purvciems is a neighbourhood east of central Riga, between the streets Augusta Deglava Iela and Biķernieku Iela. The majority of the population is Russian-speaking.

Many of Purvciems homes are housing blocks dating from the late Soviet era and immediately after. It is a quiet neighbourhood that saw a high-rise building boom from the 1970s to the 1980s. A more recently-completed high-rise, the AstraLux building, is the highest residential tower on the right bank of the Dagauva.

Purvciems is known for having the largest shopping mall in the Baltics the Domina Shopping Centre on the northwestern end of the area. 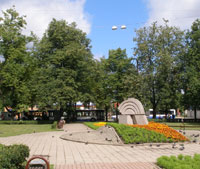 Teika, which means "legend" in Latvian, is an attractive green area of the city. It is known for having some of the city's most expensive land plots for private houses. Large-scale apartment blocks have gone up here in recent years. One of these, the Brivibas 257 residence, lies in the very heart of the neighbourhood, close to the Zemitana Square. Amid the apartments and private houses, you will also find a smattering of shopping malls, supermarkets, restaurants, and the ever-popular local cafés.

Home buyers are likely attracted by the Teika neighbourhood's convenient location, only a few minutes walk from the city centre and from Mezaparks, where the Riga Zoo and an amusement park are found. Teika is also less than 25 km away from Riga International Airport.