Where to buy property in Vas, Hungary 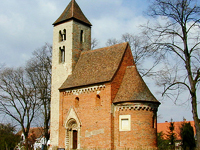 Vas county is on the border, next to Austria and Slovenia. The capital is Szombathely. There is a small Slovenian population living here, in the town of Szentgotthard, near the Slovenian border.

The most popular tourist attraction here is the thermal baths of B�kf�rdo and S�rv�r.

The soothing waters mixed with the crisp fresh air from the nearby Alps make for a wonderful atmosphere.

Vas has numerous other natural attractions. One is the 1000 year old oak tree, the oldest tree in Hungary. By the River R�ba near the town of Zsennye, this ancient tree has a trunk thicker than 10m.

Another is the area where the �rottko Nature Park is. Located near the foothills of the Alps, this area is full of small quaint towns, lush with chestnut tress and bursting with vineyards.

Another breathtaking area is Mount S�g in Kemenesalja, an area also known for its wines. Mount S�g is an inactive volcano, with an impressive crater. Standing on its peak, you will see a 360 degree view of wonder.

The capital, Szombathely, was built ontop of a Roman town named Savaria. By the size of its public buildings such as the Mercurius Shrine, public bath and Emperor's Palace, it is obvious that this area was an important region during its golden age.

There are also a number of places outside the capital that are of interest. In Koszeg, for example, these is the oldest town hall in Hungary, as well as the gothic Jurisics Castle with renovations done in renaissance and baroque styles. In J�k, there is a Benedectine abbey built at the beginning of the 13th century. From the intricate column heads found at the gate, to the priceless Romanesque frescoes and gothic statues in the church, one will surely not be disappointed.