Where to buy property in Uva, Sri Lanka 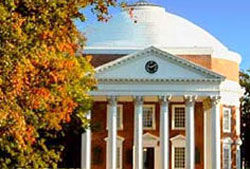 Uva is Sri Lanka’s largest province. It consists of the districts of Badulla and Moneragala. The provincial capital is Badulla City. The Ella/Haputale Triangle is a major attraction. Visitors also flock to the beautiful waterfalls—Dunhinda, Diyaluma, Rawana—and the national parks that partly lie in the province.

The Uda Walawe National Park is centred on a large river-fed reservoir. You can spy on herds of elephants near the watering holes. Wild boar, wild buffalo and deer are also found here.  Yala National Park has the largest population of leopards in the world. Other species here include eagles, crocodiles, deer and elephants. Jeep safari is the best way to get around the park.

Badulla is said to have the best climate in Sri Lanka. Located 600 metres above sea level, it is perennially covered by a pleasant mist. A trek up the Namunukula Mountains gives you a lovely view of the city. From Badulla, you can visit the impressive, high Dunhinda Falls if you are willing to brave a steep, rough path. Tourists can explore mango orchards and mahogany and pepper estates. The Dowa Cave Temple with its attractive entrance is a must-see for visitors to the town.

The Horton Plains National Park and the Knuckles Mountains are just a few hours away from Badulla. Other heritage sites near the city include the ancient Bogoda temple and its bridge, not as old as the temple but still the oldest surviving wooden bridge in the world.

Due to its altitude, hilly Bandarawela is enjoys cooler year-round weather than most of Sri Lanka. It is easily accessible from Colombo and Kandy, with relatively good roads and a railway.

Bandarawela is not a particularly prosperous place. It remains largely agricultural. Vegetable gardens, fields and tea plantations abound. But it Bandarawela is growing in popularity as an eco-tourism destination. Resorts, cottages and hotels are going up in the area, though one of the best-known places to stay is the old Bandarawela Hotel.

The picturesque views of the town of Ella, a little village in the central highlands whose sole attraction is its natural beauty, are a feast for the eyes. The village is set in a beautiful valley peering through an opening between green mountain ranges. There are walking trails here. Ravana Heights, a comfortable guest house, is the perfect place to stay while visiting Tangamalai, a natural bird sanctuary that is home to brilliantly plumed blue magpies, paradise fly catchers and golden orioles. Haputale is well-known for its Lipton tea plantations. A lookout point called Lipton’s Seat was a favourite spot of the company founder, Sir Thomas Lipton. Another popular tourist spot in Haputale is Adisham House, built here by a British governor.

Wellawaya is a favourite landing spot of paragliders. The Ella Adventure Park is also here, where visitors can go abseiling and mountain biking. They can also go hiking along the elephant corridor and watch out for the numerous varieties of birds that live in the park.