Where to buy property in Utuado, Puerto Rico 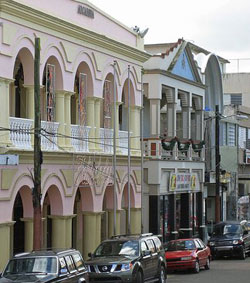 The mountain city of Utuado is located in the interior region of the Central Mountain Range. Originally exploited for its gold by the Spaniards in the 1500s, the town enjoyed a bigger economic boom in the 1800s with its coffee, which was called "black gold". The city was recently listed as the third leading coffee producer in Puerto Rico.

Because of its relatively remote location, there have been significant archaeological finds in Utuado that are remarkably preserved. Most famous of these is Caguana Indian Ceremonial Park, which showcased the primitive engineering of the Taino people dating back to 1100 AD. There are 10 ceremonial courts bordered by cobbled walkways and ancient monoliths decorated with petroglyphs. A path from Caguana Indian Ceremonial Park leads down to Rio Tanama, which gives visitors a spectacular view of limestone hills.

Utuado boasts a number of recreational sites as well, such as the Casa Grande Mountain Retreat, a former coffee plantation that has been converted into a resort. Lago Dos Bocas offers boating, kayaking and fishing, and breathtaking seaside dining. Hiking and bird-watching are enjoyable pursuits in the Rio Abajo Forest Reserve. Man-made lakes like Lago Dos Bocas and Lago Caonillas not only provide much-needed power to the region, but are also seeded with several varieties of fish.

A progressive city, Utuado has a solid telecommunications infrastructure thanks to its location, which is excellent for signal transmission. Already, a number of key mobile phone, cable TV and Internet service providers have set up offices and transmitters in the region.