Where to buy property in Uttarakhand, India 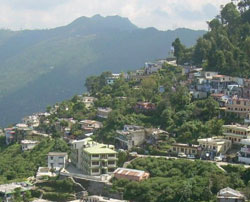 Uttarakhand, on the southern slope of the Himalayan mountains, is often known as "the land of the Gods". The Gods indeed (notionally) live in the mountains, attracting, in Vedic times, many sages and rishis. The sage Vyasa wrote the Mahabharata here, it is believed.

Uttarakhand was independent in medieval times. There was the Garhwal Kingdom in the west, and the Kumaon kingdom in the east. In the early 19th century, most of Uttarakhand fell to the Gurkhas, and was then in turn quickly ceded to the British in 1816, though part remained independent. After independence Uttarakhand was merged into Uttar Pradesh, but rising protest led to separate statehood in 2000.

The state has an abundance of temples and shrines, many dedicated to local deities or manifestations of Shiva and Durga. The architecture of these temples is typically slightly different from other parts of India, the temples at Jageshwar being notable, a cluster of 124 large and small stone temples, dating from 9th to 13th century.

Rishikesh near Haridwar is India's preeminent yoga centre. Tibetan Buddhism has also made itself felt in the state, with the recent reconstruction of Mindroling Monastery.

Temperatures range from as high as 40 degrees Celsius in summer and as low as five degrees in winter. At lower altitudes, there are lush tropical forests; at the high peaks are nothing more than rock and ice. Two of India's most important rivers have their origins in Uttarakhand's glaciers.

The state attracts climbers, and there are nature preserves where the many big cats of Uttarakhand are protected. The Valley of Flowers and Nanda Devi National Park together constititute a UNESCO World Heritage Site.

Dehradun, the capital of Uttarakhand, is a busy city. It has many renowned high schools, centres of research, and government institutions. It is also known for its basmati rice.