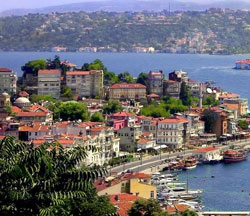 Turkey belongs to two continents. Most of the country lies in the mountainous Anatolia in Asia, while a small section is in Europe. The segment of Turkey that is in Europe is commonly referred to as Eastern Thrace, having been part of the ancient territory of Thrace. Anatolia and Eastern Thrace are separated by the Bosphorus and the Dardanelles, two slender straits that have become the dividing line between Europe and the Asian mainland.

Turkey's capital is Ankara, but its largest and greatest city is Istanbul, which was made the capital of the Roman Empire by Constantine I the Great. The emperor gave the city the name it would bear for centuries - Constantinople - until the founding of the Republic of Turkey in 1923. Istanbul also has the distinction of being the only metropolis on two continents; the Bosphorus Strait divides it into European Istanbul and Asian Istanbul.

Mustafa Kemal Ataturk, who founded modern Turkey from the ruins of the Ottoman Empire, once said that the Turks have only ever gone in the direction of the West. Thanks to Ataturk's steering of his country after World War I, Turkey is now a modern, democratic, industrialized and secular nation. It retains much of its Turkish and Islamic traditions, but has also embraced the ideas of the West, whose influence can be seen in its media, fashion and philosophy. The Trans-European Motorway connects Ankara and Istanbul to Europe.

Turkey is even an associate member of the European Union and has applied for full EU membership, even though geographically 97% of the country lies in Asia. Lately, Turkey has been in the news again over the issue of the "Armenian Holocaust" the killing or deportation of about 1.5 million Armenians in the Ottoman Empire by the Turks during and after World War I. Turkey's refusal to acknowledge it as a genocide has recently soured its relations with countries like the United States and Sweden. The acknowledgement is not seen as a precondition for membership, but the issue will be brought up when talks regarding Turkey's accession to the EU open once more.

The country's official language is Turkish, spoken by the majority of the population as its native language. The main foreign language is English, with 17% of Turks being able to speak it. 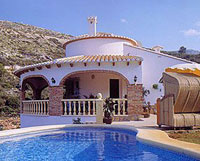 Islam is the largest religion in Turkey, particularly Sunni Islam. There are also practitioners of a form of Islamic mysticism called Sufism in Turkey. They belong to the Mevlevi Order, and are known for a ceremony that has become one of the most recognizable symbols of Turkish culture - the whirling dervishes. They have even become something of a tourist attraction in recent years.

Turkey prides itself on being a secular nation, but what’s typical to many Turks is that they expect foreigners to show deep respect for the Islamic faith. Important occasions are a mix of Muslim observances and Turkish traditions, such as the Seker Bayrami ("sugar holiday"), a three-day celebration at the end of Ramazan (Ramadan).

There are also Christian and Jewish communities in the country. Turkey's Armenian and Greek minorities are mostly Christians.

Turkish cuisine is justly famous for its flavour and complexity. It is, again, a mix of influences: Mediterranean, Middle Eastern, Balkan and Ottoman. Specialties vary with each region, though certain ingredients are common - beef and lamb, onions and bell peppers, carrots and tomatoes, aubergine and cucumber - and others must always be present, such as the herbs and spices that make Turkish dishes pop. Meals are usually served with rice or bulgur and wheat bread.

The Turks excel in football, basketball, weightlifting and wrestling. The latter two sports have won Turkey 36 of the 37 gold medals they have earned at the Olympics to date - 28 from wrestling, which has been the national sport since Ottoman times.

Turkey also has a diverse topography, from the wide, fertile plains of the northwest to the high, barren plateaus and mountains in the east. Because of this, the country's climate is also diverse. The regions with coastlines on the Aegean and Mediterranean Seas generally have Mediterranean climates, with hot summers and mild winters. In Central, Southeastern and Eastern Anatolia, the heat is intense in the summer, and very cold in the winter. Central Anatolia also has a steppe climate, with a large swing in temperature when it goes from day to night. The Black Sea region gets substantial rainfall and enjoys a temperate climate, with warm summers and cool winters.