Where to buy property in Tamaki-Maungakiekie, New Zealand 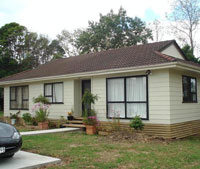 With its modest economic growth, Glen Innes was originally a low-income, working class neighbourhood. Thanks to the construction of the Eastern Line of the Auckland Rail Network, the suburb is now an attractive place to buy real estate.

The leading housing development in Glen Innes is Talbot Park, which has many apartment buildings for different household types and sizes, and a 1-hectare public park.

Point England is a low-income suburb in Auckland on the west bank of Tamaki River. It has a population of 4,200 based on the 2001 census.

The suburb of Tamaki along the banks of the Tamaki River is a low-rent area of government housing and industrial zones. It was the hometown of social anthropologist Sir Raymond Firth and Prime Minister Robert Muldoon. 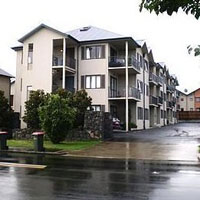 The suburb of Panmure has reasonably priced housing accommodations that are within the reach of first-home buyers. Typical homes here are bungalows built in the 1960s and 1970s and turn-of-the-century villas.

Teaching staff and students from the University of Auckland’s Tamaki campus take advantage of Panmure’s proximity and its lower property prices and rents. It is also popular among migrant workers as it is near the major employment areas in Mount Wellington.

Pricier properties are available near the Tamaki River and Pakuranga.

The suburb of Mount Wellington surrounds the 137-metre peak of the same name, which is the youngest onshore volcano in Auckland’s Volcanic Field.

Originally a site for quarrying, it is now undergoing gradual redevelopment as a residential area with industrial zones. 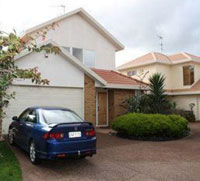 Ellerslie’s convenient location near the Southern Motorway and its reasonably priced real estates in make it a desirable suburb to live in. From here, one can easily reach the city by bus, rail or the motorway. Ellerslie is best known for the Ellerslie Horse Racecourse, and was the original site for the Ellerslie Flower Show.

Nature lovers can visit Michael’s Avenue Reserve in central Ellerslie, with its wetland and playing fields.

Like many suburbs in the Auckland region, Otahuhu was named after a volcano, which is now known as Mount Richmond. It is in Otahuhu that New Zealand’s first supermarket was built. The suburb is also the home of Otahuhu College and Counties Manukau Police Headquarters.

A part of Auckland’s industrial zone, Westfield was the site of the Westfield Freezing Works and other abattoirs, which caused severe pollution and ecological damage to the waters along Manukau Harbour. The closing of the freezing works led to the improvement of the quality of the water and the restoration of marine life.

Westfield is the site of Portage Road, one of the routes used by the ancient Maori to travel overland.

The suburb of Southdown is part of Auckalnd’s industrial zone, and once had the Southdown Freezing Works, which contributed to the pollution of Manukau Harbour.

A section of Portage Road is located in Southdown.

The industrial suburb of Penrose is one of the smallest in Auckland, with a population of only 573. The area is composed mainly of commercial and agricultural zones.

Notable landmarks in the suburb include Penrose High School and Westpac Building, which houses several major restaurant brands such as Starbucks, KFC and Pizza Hut.

Oranga originally started as a state-housing community for low-income families. Because of extensive and rapid gentrification, many of these state houses have been bought by private investors for renovation. Those with large property areas have been further subdivided to accommodate construction of more housing projects.

Oranga is being touted as a new suburb for the wealthy and upper middle-class.

Te Papapa is a residential and light-industrial suburb found at the northern end of Mangere Bay. Te Papapa is accessible from nearby suburbs like Onehunga, Penrose, Southdown and Mangere. The residential population consists mainly of Pacific Islanders.

Onehunga is a residential and light-industrial suburb, with Auckland’s smallest port. The port is on Manukau Harbour.

The suburb has a substantial underground source of freshwater originating from the rainwater that is being soaked through the lava flows in the area of One Tree Hill. Called the Onehunga Aquifer, it is here that Auckland draws 5% of its drinking water.

Onehunga was an important site of early Maori and European settlements. 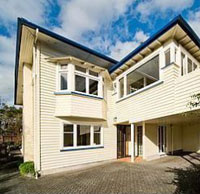 The suburb of Royal Oak has a few historical attractions, which include the Royal Oak Hotel for which the suburb is named, and the Royal Oak Roundabout, where five of Auckland’s major roads meet. The Royal Oak Shopping Mall stands between two of the roads at the roundabout.

A former attraction, Boyd Zoo, became the location for a temporary hospital for American Marines in 1942 before it was converted into the Royal Oak Intermediate School.