Where to buy property in St. Croix, US Virgin Is. 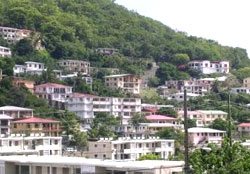 The largest of USVI’s three main islands is St. Croix (a prime area). Situated about 60 kilometres south of the other islands, St. Croix is culturally and historically rich place, with the elegance of old colonial homes and churches mixing with the pulsating vibe of steel pan bands playing reggae and calypso. Its beaches and resorts are tourist magnets, as are its two main towns, Christiansted and Frederiksted.

Christiansted in is a great town to visit, with its Old World charm, historic importance and lovely architecture. The town has been named a National Historic Site.

The topography on St. Croix is very different from those of its sister islands. It is a delightful mix of long stretches of sandy beaches, large farmable flat lands, dry grassy meadows, and even mountainous areas. Most of the property and residential developments are on the eastern end of the island. In the west, the island’s lush forest remains.

Thanks to the island’s white sand beaches, many of St. Croix’s districts are dedicated to resorts and resort-like communities. The longest-running resort on the island is the Buccaneer in Estate Shoys, a blend of Old World charm and modern comforts. The hotel is popular for honeymoons, weddings and family vacations. It has an 18-hole golf course, water sports facilities, swimming pools, and tennis courts. Buccaneer also has three beaches: Mermaid Beach, Grotto Beach and Whistle Beach.

The Carambola Golf and Country Club near the island’s north shore is a “must play” destination for the avid golfer.

The Chenay Bay Beach Resort sits cozily on a hillside that overlooks the Caribbean Sea. This resort covers 30 tropical acres of land and also has some great amenities such as a hot tub, direct beach access and a wonderful infinity pool among its Caribbean cottages. The site where the resort stands was once an old plantation. A 19th century windmill made of stone and a limekiln are some of the remnants of the past that the visitor can see.

Coakley Bay is a small white sand beach popular for snorkelling. Coakley Bay Luxury Condominiums, only 15 minutes from town, offers great accommodations for short- and long-time visitors. The beach at Cane Bay has a great number of coral walls found close to the shore. This top diving spot also offers other beach activities such as kayaking and horseback riding.

The strong waves at Davis Bay make it ideal for body surfing. It is not as crowded most of the other beaches on the island. The wind is a little stronger at Teague Bay, which is why it is a great place to do some windsurfing. The St. Croix Yacht Club is on the Teague Bay waterfront. Across it is a huge mansion referred to locally as The Castle. The eastern end of the bay is called Romney Point. Beachfront villas line this part of the island with stunning views of the ocean.

Tamarind Reef Community has a cozy beach and a number of great restaurants and small shopping boutiques. Tourists are usually billeted at the Tamarind Reef Hotel. Nearby is Udall Point, the easternmost point of the United States.

St. Croix’s Northwest is quiet and peaceful. The roads here wind through tawny cliffs that sit above the sparkling Caribbean. On a clear day you can look out and spot the islands of St. Thomas and St. John. If you aren’t in a hurry, stop by Judith’s Fancy, a gated neighbourhood with the remains of an old Danish plantation. Judith’s Fancy is in Salt River Bay, the area where Christopher Columbus first met the Carib Indians upon his arrival in 1493. The community is also next to Salt River National Park, which encompasses the last remaining mangrove forest in the USVI.

On the other side of the island is Sion Farm, which sprawls over 500 acres of pastures, stables, gardens, lawns and twisting mountain trails. There is a shopping centre nearby.

Green Cay is of volcanic origin and features lava outcrops, volcanic tuffs and breccias. Steep cliffs mostly surround the saddle-shaped cay with pebble beaches on both sides and a narrow valley resting in between. Green Cay is part of the Caribbean Islands National Wildlife Refuge Complex and protects the largest remaining population of the endangered St. Croix Ground Lizard and the surrounding bird nesting habitat. Deluxe yachts are berthed at the Green Cay Marina.

The East End is one of the prettiest areas on the island. It has rich farmlands with red-hued cows found only in St. Croix. A beautiful ocean vista beyond rugged cliffs makes for a great drive.

The East End Marine Park is the first territorial park on USVI. It protects the largest island barrier reef system in the Caribbean, so you can only imagine the rich and vibrant marine life making its home here. Several varieties of coral dominate the area. Groupers, sharks, barracudas, snappers, parrot fish, surgeon fish, doctor fish and about 400 other species live in the East End. The marine sanctuary is also home to the endangered leatherback, hawksbill and green turtles.

The Buck Island Reef National Monument, or Buck Island for short, is an uninhabited, 176-acre island just off the northeast coast of St. Croix. You’ll need a whole day just to explore it. There is a pristine white sand beach and astounding marine life beneath the waves. There are hiking trails on the island as well as underwater trails for snorkellers. The white-sand Turtle Beach on its western end was voted one of the world’s most beautiful beaches by National Geographic. The elkhorn coral barrier reef is the home of hundreds of species of marine life such as whitetip and blacktip reef sharks, nurse and lemon sharks, eagle rays, and green, hawksbill and leatherback turtles.

Other places of interest around St. Croix: 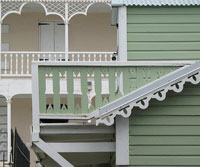 Frederiksted also has its own distinct style. It is not as heavily developed as Christiansted, but is by no means less interesting. The locals often refer it to as “Freedom City”, as it was here that the emancipation of slaves was declared by the Governor of the Danish West Indies. Its most famous landmark is Fort Frederik, a stronghold built in 1752 to protect the town from rival imperialist nations and from pirate raids. It is a fine example of Danish military architecture. The main port on St. Croix is in Frederiksted, and the town has become the main port of entry for cruise ships visiting the island.

Frederiksted’s architecture differs from Christiansted because the town was partially burned down during an uprising in 1878 called Fireburn. Many of the buildings were rebuilt in the late Victorian style, with gingerbread trim that can be still be seen on buildings such as the Victoria House that stands at the corner of Market and Strand streets. A number of the original buildings still exist, so keep an eye out for these historic old places, such as the Customs House and St. Patrick’s Catholic Church. 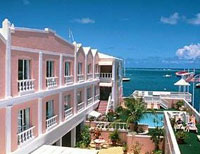 Most visitors who come to St. Croix spend most of their time exploring Christiansted. It was once the capital of the Danish West Indies and still known today for its beautiful old buildings. The town has done an amazing job with maintaining its rich Danish colonial heritage; old churches, cobblestone walkways and other historical structures are definite sites of interest. The entire town is a National Historic Site.

Fascinating places to explore in Christiansted include:

Find properties for sale in St. Croix, US Virgin Is.