Where to buy property in Sri Lanka 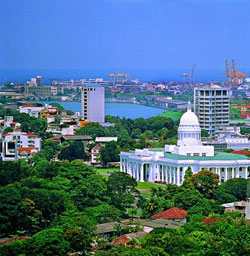 Sri Lanka, a teardrop of an island off the coast of India, has been wracked by civil war and natural catastrophe for years. Now, however, it is about to enter a new, peaceful era. With the conclusion of the two-decade-old civil war and the victory of the government forces over the rebel Tamil Tigers, foreigners are again taking a closer look at this beautiful island.

For a small country, Sri Lanka has amazing natural diversity. It is a tropical island, but the hill country in the interior with its waterfalls and verdant tea plantations can be a quick getaway from the heat of the coastal plains. With attractions like the Sinharaja rainforest, Sri Lanka is also a paradise for eco-tourists.

The country has distinct dry and wet seasons with two monsoons. The Yala monsoon brings rain to the country’s southwestern half from May to August, followed by the dry season from December to March. The Maha monsoon is active over the northern and eastern parts of the country from October to January, followed by the dry season from May to December. There is also an inter-monsoon season in October and November when it may rain in many places. 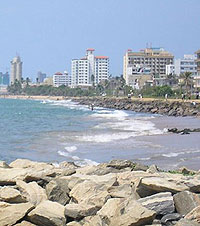 This also means that there is always the right weather along the coast to enjoy the beaches. Sri Lanka has several popular beach resorts and diving spots. Sri Lanka was hard hit by the Boxing Day Tsunami of 2004, but it continues on the road to recovery and reconstruction.

The stupas and colossal stone structures all over the island attest to Sri Lanka’s long and rich history spanning 2,000 years. Its giant neighbour, India, has played a significant part in influencing life on the island. In course of time, many kingdoms were established, flourished and died in places like Colombo, Polonnaruwa, Sigiriya, Anuradhapura and Kandy.

The first Europeans to arrive in the country were the Portuguese in 1505. They called the island Ceilão and set up a trading post and built a fort near Colombo’s ancient natural harbour. The Sinhalese shifted their capital to Kandy in the interior, as it could be defended better. The Portuguese were followed by the Dutch, who managed to get control of the island except for the kingdom of Kandy.

In 1659, a British ship was forced to put ashore at Ceylon (as it was then known). The crew was imprisoned by the Kandyan king and were forced to live on the island. One of the sailors, Robert Knox, managed to escape after living for two decades on the island. On his way home to England, he wrote an account of his stay. The book drew the attention of the British to the island. 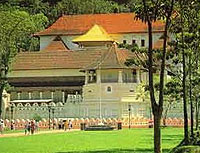 In 1802, the Dutch part of the island was formally ceded to Britain, and Ceylon became a British crown colony. In 1803, the British invaded Kandy, but were bloodily repulsed in the first Kandyan war. By 1815, however, Kandy was in British control, finally ending Sri Lankan independence until 1948.

There has always been tension between the country’s majority population, the Buddhist Sinhalese, and the Hindu Tamils who are in the minority. The feeling of alienation and mistrust between the communities led to the outbreak of a civil war between the government and the militant Tamil groups led by the Liberation Tigers of Tamil Ealem (LTTE) in 1983. The war ended with the death of LTTE leader Prabhakaran in early 2009.

With the Sri Lanka limping towards normalcy, there exists an unprecedented opportunity for the discerning property buyer to get in early into one of South Asia’s promising tourist destinations.