Where to buy property in Sligo, Ireland 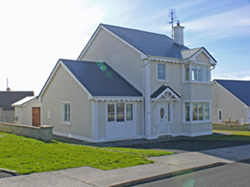 The mystical, mountainous landscape of County Sligo inspired the poet Yeats, who often visited the county as a child. The county is nestled between the Ox Mountains and the Dartry Mountains, along Sligo Bay. The name Sligo is derived from the Irish, meaning “the place of shells”. It got this name from the wealth of shellfish in the Garavogue River and its estuary that drew settlers to the area in the Stone Age. Carrowmore is the largest ancient cemetery in Ireland, a silent expanse of enormous stone tombs, including dolmens and stone circles.

The county seat, Sligo, is the biggest city in northwestern Ireland. It is a lively, cosmopolitan town with plenty of shops, bistros, cafés, pubs, galleries, and theatres. It is also noted for its love of music, particularly traditional Irish folk dances and songs. Music festivals and workshops are common here, such as the Queen Maeve International Summer School in Sligo and the annual guitar festival in the seaside village of Strandhill.