Where to buy property in Serdica, Bulgaria 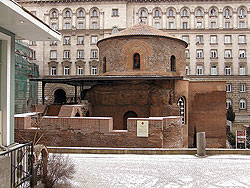 Sofia used to be called “Serdica” was one of the old names for Sofia. The municipality of the same name is composed of four neighborhoods: Fondovi Zhilishta, Banishora, Orlandovtsi, Malashevtsi, and Draz mahala.

There are a number of schools and hospitals here. The Serdica district is the one closest to the Central Railway Station and the Central Bus Station, which are right next to each other just north of Serdica’s landmark Lavov Most, or Lions’ Bridge. The bridge is named after the lion statues that flank it on both entryways.