Where to buy property in Sendling-Westpark, Germany 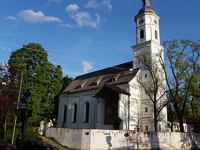 This area saw a huge influx of foreign immigrants during 1950-1995.� Some major highways run through it, causing a worrying traffic and pollution situation. The area's main attraction is the Westpark commercial complex, built in 1983, which has an open air cinema, theatre and concert venues, play facilities, eateries, and even a Buddhist temple.

In the area's south, there's lots of inter-war period housing, both detached and semi-detached. Along the main thoroughfares are apartment blocks built after 1948.

Mittersendling is an industrial zone. It gets a great deal of traffic. Most of its residents are working-class. Residential developments are mainly older apartment buildings, and co-operative housing.