Where to buy property in Santiago City, Chile 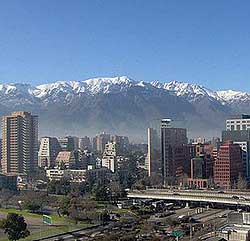 The province enjoys a continental climate that differs somewhat from the wetter climate of the coastal regions. Summers here are hot and dry, and winters can be chilly. Santiago has a largely flat topography.

Santiago Province contributes about a third of the country’s total income. More than three-fourths of the province’s income comes from the services sector. About 20 percent comes from the industrial sector and only a small percentage comes from agriculture.

Santiago Province is supported by a network of highways and railways that lead into capital and out into the other provinces.