Where to buy property in Santa Ana, Panama 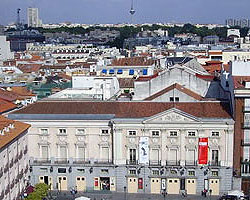 To say that Santa Ana has had a colourful past is an understatement. In the past it was a slum, the area of the homeless and the poor labourers who could only enter prosperous San Felipe during the day. All that changed when the building of the French Canal began.� Santa Ana became the residence of the international workers tasked to complete the project.

That led to a more prosperous Santa Ana, and before long the area was inhabited by the middle class, which led to the construction of art nouveau and art deco structures. It then became Panama's entertainment capital, when the first cinemas opened.

Santa Ana still bears witness to this proletarian past. Most protests are today still held at the Parque de Santa Ana, and the area is considered a bastion of nationalist causes.