Where to buy property in San German, Puerto Rico 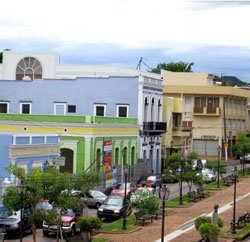 San German was the second city founded by the Spaniards in Puerto Rico. In order to strengthen the settlement against attacks by French corsairs, the Royal Audience of Santo Domingo ordered the merging of San German and Santa Marta de Guadianilla into one city.

The city is noted for its many historical sites. The most famous is Porta Coeli (Gate of Heaven), one of the oldest churches in the Western Hemisphere and one of the few buildings in the New World that was built in the Gothic architectural style. Built in 1606, the Church underwent complete restoration by the Institute of Puerto Rican culture and was converted into a museum housing religious paintings and statuary from the 18th and 19th centuries. In contrast to Porta Coeli, the San German de Auxerre Church in Plaza Francisco Mariano Quiñones is representative of Spanish colonial architecture.

San German is the site of many industrial facilities which provide employment for many locals. Those who don't work in the factories grow fruits, sugarcane and other produce, or work in dairy farms. A few talented craftsmen and craftswomen have brought San German further acclaim with their beautiful needlework and art.

The city also boasts several good schools, such as Inter-American University of Puerto Rico (the island’s first private university) and the International Institute of Music, which holds a summer music festival annually.