Where to buy property in Saint Michael, Barbados 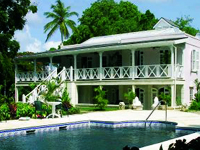 St. Michael is the most developed parish in Barbados. Most of the country's government offices, health care facilities, and commercial centres are here. It has vast plains and sandy shorelines, which have been transformed into commercial areas such as shopping centres, restaurants, and tourist hubs.

Apart from Bridgetown Harbour, St. Michael also has an international seaport: Deep Water Harbour, where international cargo ships and several cruise lines enter Barbados. A majority of the island's tourism comes from the cruise ships that dock at this port. The port also has several towers used for exporting sugar, flour, and other Barbadian products.

The government buildings in St. Michael include the Parliament buildings, the Central Bank of Barbados, Ilaro Court (the official residence of the Prime Minister), and the offices of the Ministry of Education, the Ministry of Industry and International Business, and the Barbados Tourism Authority.

Tourists also love St. Michael for its two beaches, Brandons Beach and Brighton Beach, both buzzing with activity because of their calm waters and their proximity to St. Michael's many hotels.

The rum here comes with a historical tour of the Mount Gay Rum Factory, the oldest rum manufacturer on the island.

Bridgetown prides itself on its first-rate restaurants, duty-free shopping, historical architecture, and museums.

One of the best spots to visit in this busy town is the National Heroes Square, a tiny square that was constructed in honour of the island's heroes, with a war memorial. Another place that shouldn't be missed is the Chamberlain Bridge, where many yachts and catamarans are docked.

Bridgetown's major attraction, however, is probably the commercial hub of Broad Street, which is the leading duty-free shopping area. Other than the high end jewellery, cosmetics, clothing, native crafts, and antique pieces which can be bought from this area, a bit of curiosity and perseverance in strolling along this stretch will reveal some of the most impressive structures that will bear out the island's rich history.

Among the oldest structures in Bridgetown is St. Mary's Anglican Church. Built in 1825, it is the island's second oldest church. Another remarkable architectural sight that reflects the country's colonial history is the Barbados Parliament Building. What's striking about this building is not just its architectural style but the stunning clock tower attached to it.

Bridgetown is very urban; it's a setting that's not usually seen in the Caribbean isles. There is Bridgetown Harbour (also known as Deep Water Harbour), a very busy port where regular cruise liners dock. Near the harbour is the Pelican Craft Centre, which showcases the talents and products of local craftsmen. The town also has the Carlisle Wharf and Barbados Heliport. For guests interested in helicopter tours, their journey begins at this heliport.

Bridgetown also has many apartments to rent, a majority of them along the coast or at least with great views of the Caribbean.