Where to buy property in Saint James, Barbados 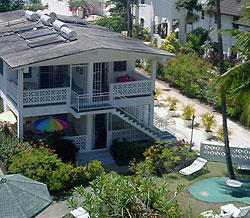 The most popular parish in Barbados, St. James (prime area) has gone from being called the Gold Coast to the Platinum Coast, reflecting the parish's growing revenue, thanks to the moneyed tourists who flock to this part of Barbados and the super-wealthy who have homes here.

St James has the island's most famous beaches—Batts Rock, Prospect Bay, Paynes Bay, and Sandy Lane Bay, with their narrow, white- or pink-sand shores and crystal-clear waters teeming with marine life. They're matched by extravagant mansions and luxury hotels. It's said that in the parish are the beach-front properties of 18 global billionaires.

The vast fields and the pristine shores of St. James attract the affluent tourists individuals, couples, and families the whole year round. Tours around the parish are popular as guests await their chance to go duty-free shopping and visit the area's grand selection of restaurants, cafes, and resorts. Families visit more often during the summer months, while the winter high season is popular with honeymooners.

Regarded as the island's playground for the well-off, St. James is home to the Royal Westmore Gold Club, Barbados most luxurious golf resort. It offers an 18-hole golf course, set against a backdrop of scenic coastal lands. Guests can rent villas in the club, which is only 40 minutes away from Bridgetown, Barbados capital city.

Holetown, the parish's main town, attracts its fair share of guests. It has many beaches, bistros, and shops. However, this town becomes very crowded during the second week of February as locals and tourists welcome the live performances, parades, and various historical presentations that make up the week-long cultural celebration of the Holetown Festival.

St. James has three major shopping malls the Chattel House Village, Sunset Creek, and the West Coast Mall, where a tourist can buy tax-free goods if he can show a valid passport and a return ticket.

Just off the highway, the Portvale Sugar Factory shows the history of the sugar industry in Barbados. In the factory yard is the Sir Frank Hutson Sugar Machinery Museum, which showcases the equipment used in sugar harvest and production. Going there in the harvest season (February to May) will allow the visitor to compare the old techniques with modern ones.

The small town of Holetown was the first British settlement in Barbados. It was initially named Jamestown, after King James I, and today it is sometimes called Little England because of the many architectural features in it that reflect the colonial past. Every February, locals celebrate the anniversary of the town's founding and the settlement of Barbados with the Holetown Festival, a week's worth of concerts, historical lectures, fashion shows and street parades.

The town is named after The Hole, a small channel nearby that offered British ships a safe landing place and shelter while cargo was loaded onto, and unloaded from, them.

Early Holetown was involved in the transatlantic trade with Bristol, London, and Boston. When this was still Barbados only town, the British built five plantations and the Governor's house here.

Holetown is still the second busiest place in the Barbados, after Bridgetown. But it's a calm and refreshing place. There are many white and pink sand beaches for swimming, snorkelling, jet and water skiing, kayaking, and banana boat rides. Holetown also has golf resorts and fine shopping areas.

When the sun sets, the beaches and bars on Holetown's coast transform into party venues. Bajans and tourists alike enjoy the rich selection of cafés and restaurants that serve native delicacies, European dishes, and some Asian cuisines. Aside from wine and beer, the beach bars and pubs boast calypso music and the finest native nip-rum.

The white sands of Paynes Bay's beach make it a top tourist destination in Barbados. Paynes Bay is where many people go for a great afternoon swim or to enjoy water sports like jet skiing, parasailing, and scuba diving, as it is just a few miles away from Holetown.

Paynes Bay is lined with rental villas, luxury hotels, restaurants, and bars. The most popular watering holes in this area are the beachfront Coach House and the Bombas Beach Bar & Restaurant.

During the winter season and in February, Paynes Bay is crowded with honeymooners and couples attending the Holetown Festival nearby. In summer, the bay is more child-friendly, as families grab discounted accommodation.

A famous natural attraction near Paynes Bay is Dottins Reef, a coral reef only about 2 km north of the bay that is home to rays, turtles, barracuda and several other varieties of marine fish. It is a popular dive spot.

Between Paynes Bay to the south and Holetown to the North is Sandy Lane, a shallow bay that is home to a beautiful silver-white beach sloping gently towards the clear blue sea. Although the beach itself attracts many tourists, Sandy Lane is more famous for the luxury hotel that goes by the same name.

Sandy Lane Hotel is one of the world's ritziest hotels, garnering rave reviews from its guests and notable travel magazines. Among its most distinguished guests have been Maria Callas, Aristotle Onassis, David Niven, Luciano Pavarotti, Mick Jagger, Tiger Woods, and Simon Cowell. Those wanting a glimpse of the stars and rich people should visit the hotel during peak season, from Christmas to Easter.

There "is a nearby family day-out destination"Folkestone Underwater Park, which has several dive sites, including an artificial reef created from the wreck of a sunken boat, where experienced divers can go up to 120 feet deep just less than a mile from the shore. In one area of the park, snorkelers can swim near protected coral reefs to view the fish and other marine life that abound there.

Shopping in Sandy Lane means a trip to the West Mall Shopping Centre, which has several boutiques, restaurants and a supermarket, and the nearby Holetown Chattel House Village, which consists of replicas of Barbadian chattel houses (where workers lived in the plantation days) where crafts, clothing, and gifts are sold.

To explore a varied selection of restaurants, bars, and shops, beachgoers can take a 10-minute walk up the coast and head towards Holetown.

Prospect Beach lies south of Paynes Bay, along the strip of beaches on the southwest coast. Since Barbados is a coral island, almost all its beaches "including Prospect" consist of grain sands made from finely-ground corals. Here one sees cliffs and rippling waves from the shore.

There are no prominent landmarks or unusual sights in Prospect Bay, just a beautiful white sand beach and a mid-range hotel with good service.

Though nude bathing is popular elsewhere in the Caribbean, there are no nude beaches on this side of the island. Generally, Barbadians are uncomfortable undressing or seeing people nude in public.