Where to buy property in Rondonia, Brazil 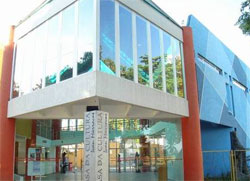 Covered by the Amazon rainforest, Rondônia is one of Brazil’s fastest growing states in terms of economy and population. Its economy is based around the mining of cassiterite, a mineral that is an important source of tin. The downside of this growing prosperity, however, is the environmental cost. A large portion of Rondônia’s forest area has been denuded. Problems are also being caused by the great influx of migrants into its cities.

The state capital is Porto Velho. It started out as a village built to accommodate labourers working on the railway, and today one of its attractions is a ride on part of the historic track going through the Amazon rainforest, built by the workmen who first settled in the area. Porto Velho was named after the area’s port on the Madeira River, and it is the region’s main trade centre for cassiterite. Despite its growing economic importance, the city is still quite a frontier town, notorious for cocaine smuggling.