Where to buy property in Rio Negro, Argentina 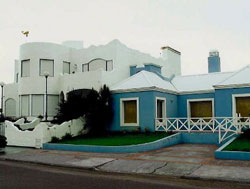 The vibrant and heavily-visited province of Río Negro has two main areas: the Andes and the Atlantic coast.

The Andean area is packed with skiing enthusiasts from late June to mid-September who troop to one of South America’s most popular ski destinations, the Cerro Catedral. The lake district by San Carlos de Bariloche inside the Nahuel Huapi National Park is the busiest area in this side of the province. Although mostly known for snow and skiing, the mountain range is also busy during the summertime. Many trekkers come to camp by Tonček Lake or the Refugio Lynch, or to explore the Tornador peak’s glorious mountain glacier.

This area receives a steady influx of foreign visitors, and this has definitely spawned further development in the province: Spanish schools, trendy restaurants, and luxury hotels like the Llao Llao Hotel by the Nahuel Huapi.

On the Atlantic coast, beach-bound tourists head to the small city of Las Grutas. It has a big casino right by the beach and many hostels for budget-conscious travellers. Another small but quickly developing beach town is Playas Doradas, which also has affordable hostels and hotels.

Drawing mainly local tourists (especially fishermen and retirees), the town of Valleo Medio has a festive and fun atmosphere. People come to indulge in water sports on the Río Negro River, to join in the fun during the Fiesta Nacional del Tomate in Lamarque, or visit the birthplace of local divinity Ceferino Namuncurá in Chimpay.

Viedma is a modern city, the administrative centre of Río Negro, though cattle-raising and agriculture are the main industries here.  Viedma is the gateway to Patagonia, along with its neighbour city, Carmen de Patagones, which is connected to Viedma by a bridge across the Negro River. Viedma’s estancias and historic buildings are tourist attractions.

With the Andes mountains looming overhead and clear blue lakes all around, the town of San Carlos de Bariloche, or Bariloche for short, enjoys one of the most beautiful natural settings in South America.

Bariloche is the biggest city in Argentina’s own Lake District, which is a great place for skiing and snowboarding in winter and swimming, trekking and fishing in the summer. The entire area, in fact, is considered one of the one of the country’s prime destinations, especially for skiing. The main ski station, Cerro Catedral, is a few miles from Bariloche. And the area along which the Exequiel Bustillo highway runs, from from Bariloche up to the Llao Llao isthmus between Lakes Nahuel Huapi and Perito Moreno, is projected to boom in the next few years.

In Villa La Angostura, just north of the Bustillo corridor and at the other end of Nahuel Huapi, upscale homes and lodges by the lakeside are going up. The Alpine architecture used in Bariloche’s homes and resorts only adds to the appeal. The downside to Bariloche’s appeal is the risk of overdevelopment even as rates here remain quite affordable; high-rise buildings are already crowding some areas.

In the summer—which, in this part of the world, means the months of December, January and February—Bariloche’s pebble beaches draw locals and tourists outdoors, even though the water is usually very cold.