Where to buy property in Rincon, Puerto Rico 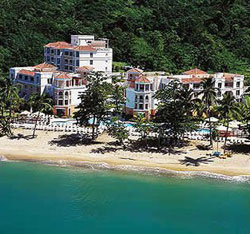 During colonial times, Rincon’s fields were found to be excellent for cultivating sugarcane, and it became a centre for sugar production. The town was even named after the first sugar plantation owners here. By the early 1800s, it became a target for English and French invaders and pirates. The notorious pirate Roberto Cofresi reportedly buried his treasure in the hills and shores of the town. When Puerto Rico became a U.S. Commonwealth, it did not take long before enterprising minds saw the potential of turning Rincon into a tourist attraction.

In 1968, the World Surfing Championship established the idyllic coastal town into a surfing mecca. The surfers fell in love with Rincon and many even decided to stay permanently. Not surprisingly, Rincon soon became known as El Pueblo del Surfing. The swells in the Atlantic northern beaches in Ensenada and Puntas generate large waves that are a surfer's dream. The The south beaches are better for families, as the calmer waters and smaller waves from the Caribbean are safer for children. The coastline in both directions provides breathtaking views of the sunset.

For a very special treat, go to Rincon during the months of March and April to witness the annual migration of humpback whales. A good place to watch is at the El Faro Lighthouse, one of only two passive whale-watching parks in the world.

Many of the properties being developed in Rincon are set back a good distance away from the coastline so as not to mar the natural beauty of the beaches. While some houses, villas and apartments are reasonably priced for rent or sale, it is advised to get the services of a real estate broker who knows the intricacies of the title and inheritance laws of the town.

It was in the barrio of Puntas that the 1968 World Surfing Championship was held, and up to now, its sandy beaches are must-visit places for surfers and lovers of other aquatic sports.

Punta’s beaches have been collectively nicknamed The Fun Coast. Sandy Beach is the place to catch the best waves. Pools Beach is for the whole family, with its calm waves for children to swim and play in. Wannabe treasure hunters should take note of Siete Barrasos, a rocky point where, local legend has it, the pirate Roberto Cofresi etched marks a rock to indicate where in Puerto Rico he buried his treasure. Another good beach for the kids because of its quiet tidal pools is River Mouth Beach. For those who want to get away from the crowds, Antonio's Beach is the best for its fair tides and less frenetic coastlines. Beachcombers enjoy strolling through it in search of sea glass.

There are a number of affordable villas and apartments decked out “traditional beach community"-style in Puntas.

For those who prefer a laid-back lifestyle by the beach, Ensenada is an idyllic coastal neighbourhood far from the surfing crowds. The community surrounds the Tres Palmas Marine Reserve, where you could dive, snorkel, and explore exotic marine life.

Barrero is a part of Rincon's Caribbean Coast, where the beaches are less crowded and the seas much calmer compared to the Fun Coast. Although there are a number of condominiums presently being developed in the area, there are very few hotels, resorts, and public facilities such as restaurants and beach bars.