Where to buy property in Region I, Philippines 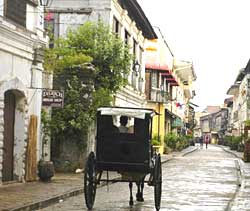 Bounded by water on one side and mountains on the other side, the Ilocos region has one of the longest coastlines in the country. Although major roads and highways are paved and developed, the rugged inner roads can become impassable during the rainy season.

History buffs will enjoy the Ilocos region for the many churches built during the Spanish era. Vigan in Ilocos Sur was the seat of the archdiocese of Nueva Segovia during the Spanish colonial period, and has been recognized by UNESCO as a World Heritage Site for its well-preserved cobblestone streets and Spanish-era houses.

In Alaminos City, Pangasinan, the Hundred Islands National Park is a major attraction for campers and sightseers.