Where to buy property in Rathmines, Ireland 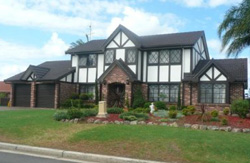 The suburb of Rathmines (a prime area) is just 3 kilometres from the centre of Dublin and borders the Grand Canal. Its long main street stretches from the bridge over the canal to the town hall. Its lively commercial centre is frequented by a young crowd and tourists, with popular restaurants, pubs, nightclubs, and shops. Rathmines’ excellent public transport system also allows easy access to Dublin’s main commercial facilities as well as St. Stephen’s Green.

Rathmines was a fortified town—“rath” is an Irish word for fort—and grew as a centre of trade and administration beginning with the Norman invasion in the 1300s. In the 19th century, it became a popular residential choice among the affluent. It began to decline as time went on, and plenty of inexpensive flats were built here in the 1930s. In more recent years, the quality of Rathmines’ housing has generally improved. Various types of residential properties can be found here. The population is equally diverse, with many immigrants and minorities moving to the area.