Where to buy property in Pudahuel, Chile 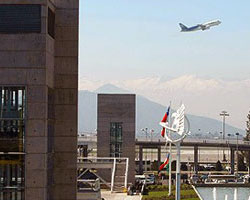 Chile's international airport Comodoro Arturo Merino Benitez is located in Santiago's westernmost commune, Pudahuel. It is a very poor suburban residential area, and has long had problems with pollution from industrial plants. Pudahuel's problems are only increasing with the growth of its population, which has increased by a third to nearly quarter of a million in only a decade, and the total is expected to double in the next 10 to 15 years.

Despite its problems, Pudahuel is an important area because of the presence of the airport and a route to Valparaiso, the country's main port. This route is called Camino Valparaiso Ruta 68 and divides the commune into two. The area north of the road is urbanised, while the area south of it remains mostly rural.