Where to buy property in Pichincha, Ecuador 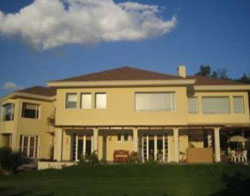 Named after the snowcapped Mount Pichincha, this Ecuadorian province is part of the sierra region, the high-altitude Andean belt running north to south along the centre of the country. The country’s capital, Quito, is in Pichincha.

The sierra culture is known to be conservative in spite of the presence of modern skyscrapers and sophisticated commercial and cultural centres. But being conservative doesn’t make them reserved. Ecuadorians (and Quiteños in particular) are warm, hail-fellow-well-met sort of people, the kind that you can easily approach for directions or a light, friendly conversation.

They are not reserved either when it comes to expressing their political views. Political protests are not uncommon in the country, especially in Quito, which is the administrative seat and political centre of Ecuador. Peaceful demonstrations can turn into riots without warning and end up in violence and destruction of property. Foreigners have not been the objects of such insurgencies, but those who are caught participating in political revolt are liable to arrest.

Although some of the areas of the bustling capital are already sufficiently patrolled at night, crime is still a problem in Quito. For instance, hiking to the peak of Pichincha is not recommended by certain embassies even if done in large groups, as hikers are the usual victims of gunpoint robbery and sexual assault. Taking the Teleférico, second highest cable car in the world, is a safer alternative, although you only get to briefly and remotely size up the volcano through the short ride.

Pichincha is the middle of the world, and has a monument to prove it. The Mitad del Mundo is one of the biggest come-ons of Ecuadorian tourism, a marker on the line that demarcates the southern and northern hemispheres—though GPS technology has now placed the actual demarcation line some 240 metres north of the monument.

Cayambe is an agricultural town that lies at the foot of the volcano of the same name. The area is primarily populated by mestizos, but surrounding rural communities are comprised of indigenous people who make a living through farming, lumber procurement, and dairy production.

Aside from the assortment of flowers that it exports to cut-flower markets abroad, the town is also popular for its cheese and its biscuits known as bizcochos de Cayambe.

San Miguel de los Bancos is a Pichinchan canton dedicated to St. Michael the archangel. The “Los Bancos” part refers to the tree trunks used as seats where the roads from Quito to Esmeralda and from Quito into the Valle Rio Blanca converge.

Los Bancos has a subtropical climate. The canton’s economy mainly depends on agriculture and cattle-raising, and of late, on eco-tourism, particularly in the rural parish of Mindo.

Mindo is a small town on the slopes of Mount Pichincha, surrounded by a cloud forest. Its nature reserve attracts most of the tourists to the area. The Mindo-Nambillo Protected Forest harbours about 350 bird species (36 of which are endemic). It was named the first “Important Area for Birds” by the non-government organization Bird Life International.

Mindo, with its montane forests, rivers, and hiking trails, provides the ideal setting for the great outdoors adventure. It is a great site for bird-watching, rapelling, rafting, camping, kayaking and trekking. The EcoRuta, which begins from Pichincha’s eastern flanks and joins Quito’s main highway leading to the coast down south, is a popular mountain route with breathtaking views. Those interested in pre-history can take the Quito-Tulipe Route which includes Tulipe’s magnificent Yumbo ruins. 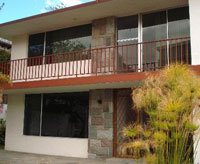 Just two hours north of Quito, Bellavista is one of the most-visited places in the prime bird-watching province of Pichincha. Located in the Mindo region of the canton of Los Bancos is the Bellavista Cloud Forest Reserve, which has a temperature range of 14 to 22 degrees Celsius at an altitude of 1,400 to 2,600 metres.

Bellavista is the home of hundreds of bird species—toucans, hummingbirds, jays, finches and rarer varieties. It’s an ornithologist’s delight, but even those who did not come for the birds can find a lot to enjoy in Bellavista: trekking, horseback riding, and just enjoying the forests, waterfalls and caves.