Where to buy property in Pays-de-la-Loire, France 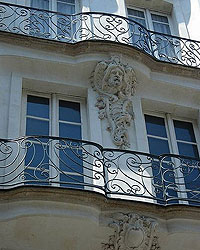 Pays-de-la-Loire, a region lying on the Atlantic coastline, is basically a zone of influence for its capital, Nantes, the sixth largest city in France.

Nantes, the regional capital, is a lively and charming city. In 2004 Time declared it "the most livable city in all Europe." It is a major industrial centre, with a busy seaport, Saint-Nazaire. But it is also rich in cultural attractions, which include the Château des Ducs de Bretagne, Cathedral of St Peter and St Paul, several fine churches, and numerous museums such as the Musée Jules Verne, honoring the famous writer who was born in Nantes.