Where to buy property in Papua, Indonesia 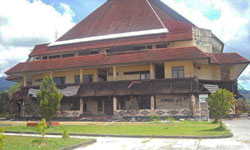 The largest province in Indonesia is Papua, making up most of the western half of the New Guinea Island and is the easternmost part of Indonesia. Formerly known as Irian Jaya, this vast land is mostly mountainous and covered in thick rain forests, and has numerous lakes.

Papua has an incredibly rich biodiversity. Lorentz National Park is not only a UNESCO World Heritage Site but also the largest sanctuary in the Asia-Pacific region.

Jayapura is the provincial capital and main port of Papua. The hillside city is largely populated with Indonesians from all over the country. It is a beautiful place, but not without dirty streets and litters.

There are several interesting places around Jayapura. Just west of the city is the small town Sentani where the scenic Lake Sentani flows. It has a cooler climate than the city of Jayapura, which is extremely hot. The lake town has several local handicraft shops and Papuan art centres. It is also the home of many expats who are mostly missionaries and social workers.

Just outside Jayapura is a hillside golf course. For swimming and picnics, there is the beautiful beach, Pantai Base G. The beaches of Haltecamp and Hamadi have black sand and are good for boogie boarding. For nature treks, there is the Mount Cyclops, which has a charming village at its foot.