Where to buy property in Northwest Region, Romania 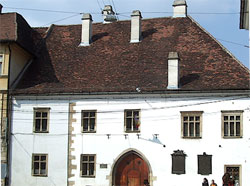 Northern Transylvania, on the borders of Hungary and Ukraine, is one of Romania’s greenest and most panoramic areas, lying in close proximity to the Apuseni Mountains, whose charm and splendour are recounted in many Romanian folksongs and tales.

This is the second most developed area around Bucharest. The Northwest has a competitive business environment, a diverse labour market and substantial foreign investments. It is strategically located in the middle of seven national roads and is connected to nearby Hungary, making it convenient for trade and commerce.

Most of the country’s small Hungarian population live here, adding their own nuances to Romania’s already rich culture. Proud of their heritage, industrious and friendly, many of the locals are employed in the civil engineering, textile and automotive industries. There are 16 universities in the region, with a student population of around 90,000.

Other unique resources are the region’s thermal waters and salt mines. The tourism-friendly resort and wellness industries have taken advantage of these natural assets and thrive in the mountain resorts of Baisoara, Bihor, Borsa, Colibita, and Stana de Vale.

There are some interesting examples of medieval architecture here, from stark Banffy Castle to fortress-like churches and monasteries.

Cluj County lies at the heart of historic Transylvania, consisting mainly of mountains, hills and valleys, with the Apuseni Mountains dominating the southwest. The Someşul Mic, Arieş, and Crişul Repede rivers crisscross it.

Cluj is a trade leader in Transylvania and boasts a dynamic economy, with a high rate of foreign investments. The county thrives in glass manufacturing, machinery, pharmaceutics, cosmetics, food processing, textiles and wood processing.

Cluj’s administrative centre is Cluj-Napoca, a popular university town home to an important IT and financial services centre in the country and Transylvania’s largest airport.

Cluj Napoca is the administrative seat of Cluj Country and one of the most important centres of business and industry in the country. It is continuously expanding its infrastructure, making way for the development of more neighbourhoods.

The city is one of the most important university towns in Romania. Its Babeş-Bolyai University is the country’s largest university. Cluj-Napoca is also known for its discos and clubs. During the weekends people can go out and listen to live music featuring traditional manele—Romanian music with Turkish and Middle Eastern influences. The city also flourishes in the visual and performing arts, with many exhibits and cultural festivities.

Cluj-Napoca’s main square is a lively spot, with shops and restaurants surrounding the Gothic, 15th century St. Michael’s Church, and the Baroque, 18th century Banffy Palace. Old buildings such as these are a striking contrast to the Communist-era architecture throughout the city.

The number of street malls and hypermarkets in Cluj-Napoca make the city an important commercial centre as well.

Real estate in Cluj-Napoca includes 2- to 4- bedroom residential apartments for families, studio and room rentals for students, deluxe apartments and houses, as well as commercial, office and industrial spaces.

Bihor ranks as one of the wealthiest counties in Romania, with a higher than average GDP and the lowest unemployment rate in the country. Its western part is rich in coal, bauxite, and crude oil. Construction projects continue to boost its economy.

Bihor’s capital Oradea enjoys a cool climate and a strategic location on the Hungarian border.

Lands and industrial warehouses along the highway are on offer in Bihor.

Oradea is the capital of Bihor County, lying on the river valley between the Western Hills and the Western Plain. It is the county’s economic centre and a gateway to Western Europe. Being located on the Hungarian border gives the city a lovely mix of two cultures.

The services sector is one of the city’s biggest employers. Oradea is quite well-off, its citizens generally having higher incomes than the national average. On the other hand, taxes are quite high and the city’s infrastructure is in need of improvement.

Oradea is also a college town. The University of Oradea is one of Romania’s best and largest universities, and it is one of the several institutes of higher learning in the city.

The historic and lovely Art Nouveau and Baroque buildings in the city centre stand in contrast to the starker, Communist-era structures around it. They had been deteriorating over the years, but were restored to their old grandeur during the city’s economic boom in the last decade.

Not far from Oradea are the thermal waters of Băile Felix resort in the Crisurilor Valley.