Where to buy property in Northern Region, Sri Lanka 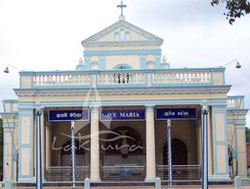 The Northern Province is the northernmost part of Sri Lanka. It is just 35 kilometres across the water from India. A long chain of limestone shoals called Adam’s Bridge stretches from Mannar in Sri Lanka to the Indian island of Rameswaram, giving further evidence that Sri Lanka used to be part of the mainland.

The Sri Lankan civil war between the militant group LTTE (the Tamil Tigers) and the Sri Lankan army has completely damaged the infrastructure and the social fabric of the Northern Province. Sri Lankan Tamils are the major ethnic group in this province. The war ended in May 2009 with the defeat and death of the main Tamil Tiger leaders. Much of the civilian population is living in camps set up by the government, waiting to be resettled. The province is strewn with landmines. Under these circumstances, even visiting the province is out of the question.

The province is divided into two distinct geographic areas: the peninsula of Jaffna and adjoining Vanni. Jaffna is irrigated by underground aquifers fed by wells, whereas Vanni has irrigation tanks fed by perennial rivers.

The province has a number of lagoons which could be developed into tourist resorts if the government resolves the ethnic issues between the majority Sinhalese community and the minority Sri Lankan Tamils amicably. If past events are an indicator, the issues are not going to be addressed any time soon.