Where to buy property in North Inner City, Ireland 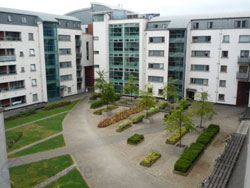 New investment properties can be found in Dublin’s North Inner City  (a prime area) among some older buildings. Most of these developments consist of newly built apartment buildings. The largest is the Old Distillery, a complex with over 200 units along Bereford Street. There are also large gated residential buildings such as Chesterbridge Development Custom House Harbour, Lower Mayor Street, and North Wall Quay. The most secure gated complexes are mostly found in the North Dock C area.

Overall, over 1, 400 new flats have been recently constructed in the area. Sadly, much of the Georgian architecture in the North Inner City has been demolished to make way for these modern developments. The new buildings that replaced the old ones on Parnell Street seem out of proportion to their environment. These are mainly located on the west side. The less developed east side has attracted a diverse community of immigrants of late, making it Dublin’s Chinatown. This is the place to go for real Chinese and Korean cuisine and ethnic shops. The North Inner City is also served by the Ilac Shopping Centre and the newer Moore Street Mall.