Where to buy property in North, Thailand 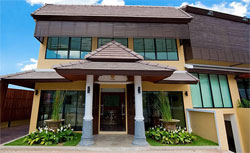 Northern Thailand is the most mountainous region of the country and shares borders with Myanmar and China’s Yunnan province. It can get quite cold here, with temperatures occasionally dipping below freezing point during the winter months. In the plains, the daily average falls at around 25 degrees Celsius.

The North has nine cities, the most important of which are Chiang Mai, the largest city in the region; Sukhothai, the original capital of Thailand; Nan, for its history, temples and surrounding mountains; and Chiang Rai, the access point to what is known as the Golden Triangle where Thailand, Laos and Myanmar meet. This region is noted for its own dialect, Kham Meaung.

Search for properties in Thailand