Where to buy property in Netherlands 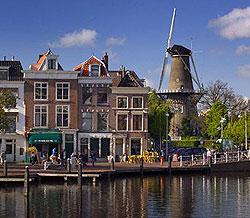 It's easy to associate the Netherlands with windmills, vibrant fields of nodding tulips, big wheels of cheese, delicate blue and white Delft pottery, and the orange-painted faces and bodies of Dutch fans at sporting events but there is much more to it than these familiar symbols of the country. The Netherlands is one of the world's most well-off countries, with one of the highest standards of living good health care, low unemployment rate, excellent schools. It is also considered one of the best places to do business in the world.

The Netherlands is a parliamentary democracy and a constitutional monarchy; King Willem-Alexander is the latest member of the House of Orange-Nassau to rule.

The country's standard of living is high. In general, the state of its municipalities and rural and urban areas is very good. Every stadsdeel (district) has an urban renewal plan in place to monitor the state of local housing, improve the community, maintain public areas, keep the peace and promote the local economy.

In the Netherlands great cities, 17th- and 18th-century mansions line the streets and are still in use as homes or, in some cases, museums. The preservation of old architecture and historical sites is just as important to the Dutch as the safekeeping of the works of their great artists Rembrandt, Vermeer, Van Gogh and Mondrian, which are exhibited all over the country.

The Netherlands enjoys a moderate climate of cool summers and mild winters. It tends to rain all year round. In the cold months, the lakes and canals sometimes freeze over and the Dutch go skating.

The landscape of rustic towns and fields of nodding flowers is also dotted with examples of efficient Dutch engineering: dikes and levees, manmade canals and estuaries, windmills and wind farms. The Netherlands is mostly flat. More than a quarter of the Netherlands land area is below sea level mostly polders, or reclaimed land areas guarded by dikes.

Two thousand years of holding back the sea have given the Dutch a profound respect for the water and the expertise to handle it. Millions of tons of cement make up the massive, steel-gated concrete pillars that stretch for kilometres to protect the southwestern provinces from the North Sea. However, even these formidable defenses may prove insufficient to face the challenges of an ever-increasing population (more than half of which live in low-lying areas) and global climate changes that have caused stronger and more frequent flooding in recent years.

And knowing that much of it is borrowed from the sea, the Dutch love the land. Every province has large nature preserves; every town has parks and recreation areas; even the crowded cities have leafy squares, well-maintained parks, and vibrant gardens.

It's easy to go around in the Netherlands. While the motorist might experience quite a bit of traffic in the larger cities, travelling here is an enjoyable experience on the whole. The Nederlandse Spoorwegen (the national railway) transports people from Maastricht in the south to Leeuwarden in the north, and to all points in between. Every province, city and stadsdeel has an efficient transport system of trams and buses.

But the most popular form of transportation in the country is the bicycle. There are miles and miles of bicycle paths in every city, town, forest and park in the country. In a country of 16 million people, there is an estimated equal number of bicycles.

The Netherlands is also known for its liberal policies. Prostitution and soft drug use are legal in some areas, including parts of Amsterdam and Rotterdam.

This liberal attitude is also reflected in the way people from former colonies have been accepted into Dutch society. The large cities are a cosmopolitan mix of native Dutch, immigrants, and international workers from all over the world. All of these nationalities have contributed to enriching Dutch culture. 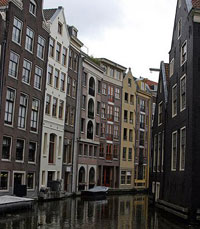 One example of this is the food. Local Dutch cuisine is fish- and vegetable-based, and tends to be hearty and simple but bland. But now these local recipes have been supplemented by the highly flavoured curries, vegetables, and meat dishes of Surinamese, Indonesian, Turkish, and Moroccan cooking.

The Netherlands is divided into 12 administrative regions, or provinces. Each region has distinct attractions and features. The quieter, less populated north is becoming an important European economic zone, while the busy, bustling south and southwest remain the country's cultural and financial centres.