Where to buy property in National Capital Region, Philippines 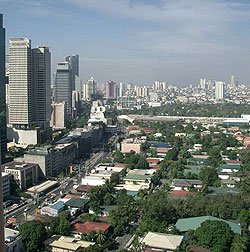 What is now Metropolitan Manila grew from a settlement at the mouth of the Pasig River, before the arrival of the Spanish conquistadores. The Spaniards forcibly took over the area, established the walled city of Intramuros, and began to expand their territory from there. As the port’s trade increased, and the number of settlers increased, so did the area known as Manila expand.

The area of Manila and neighbouring cities and municipalities developed into an urbanized megalopolis now known as Metro Manila, or sometimes as the National Capital Region (NCR). Manila is only one district of Metro Manila.

Metro Manila hosts 90% of the country’s private businesses and the majority of its cultural, educational, and medical establishments. Its population ranges from the extremely wealthy to the very poor. The metropolis drives the country’s economy, is the seat of the national government, and is where most of the big events in politics and culture happen.