Where to buy property in Montana, Bulgaria 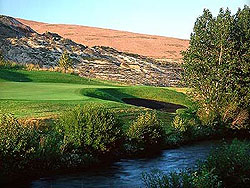 Montana’s hills and plains are crossed by the Danube, Ogosta, Lom, and Tzibritza rivers, and access to water transport has bolstered the region’s development. The harbour of Lom is Bulgaria’s biggest river port, after Ruse. Montana has one of the country’s biggest artificial lakes, Ogosta Dam, and tourists come to engage in water sports. Ruins of pre-historic settlements, medieval fortresses and churches dot the region.

Gold has been mined here since ancient times, particularly in the Chiprovtzi-Berkovitsa Mountains. The beautifully designed, vivid wool carpets of Chiprovtzi are renowned the world over; their florid patterns with unique colour combinations have been popular for centuries.

The region’s capital, Montana City, is an industrial centre. Bus and railway connect the town to the rest of the country.

Montana is a very old town, having started out as a Roman settlement and a crossroad of trade on the banks of the Ogosta River. Today, it is still a major trade and transport crossroad, and a large dam on the river, the Iazovir Montana, is a popular place for fishing and water sports.

Neighbourhoods such as Mladost 1, Mladost 2 and Mala Kutlovitsa are neat suburban areas with an abundance of apartment blocks and houses.

One of the city’s most down-at-the-heel neighbourhoods is Kosharnik. Most of its population are Roma, who live in shanties and dilapidated homes at the top of a hill—but for an affluent few who live in a beautiful, well-kept section of the neighbourhood.