Where to buy property in Minas Gerais, Brazil 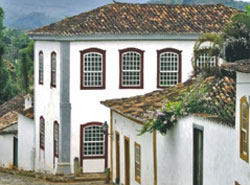 Second only to São Paolo in economy, and the chief source of coffee and milk in Brazil, Minas Gerais is famed for its literature, music, architecture, and fine miniero baroque art in cities such as Ouro Preto and Tiradentes. Minas’ capital, Belo Horizonte, is a contemporary planned city, a melding of neoclassic and modern architecture. The State is also celebrated for its sumptuous dishes of cheese bread, chicken in dark sauce, and bean purée, or tutu à mineira.

In the 16th and 17th centuries, Minas was a major economic centre. Gold and gemstones were mined from its mountains; the mines have since been depleted of their stores. Across the State sprawl vast, fertile lands, valleys, and mountains with impressive caves, grottos, and sparkling waterfalls. Mineral spas and parks dot the south. Some of the country’s highest peaks, at Serra da Mantiqueira and Serra do Cervo, border São Paolo and Rio de Janeiro.