Where to buy property in Meshchansky, Russia 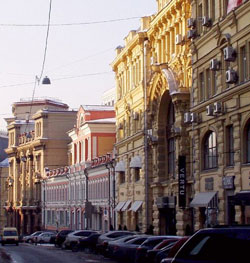 Meschansky was established in Imperial Russia as a social estate for the poor and for settlers from the Ukraine and Belorussia in the 17th century. Extending north from the city centre, the district is now home to many government agencies. Also in this territory are some grand Neoclassical buildings, the Rozhdestvensky Monastery and the Olympic Stadium, which had been built for the 1980 Games.

The eastern part of the fashionable shopping street Kuznetsky Most is administered by the Meschansky district. Nearby are the large shopping centres TsUM on Petrovka Street and Detsky Mir (Children’s World) in Lubyanka Square, which also houses the headquarters of the Federal Scurity Service (FSB), the successor to the Soviet-era KGB.