Where to buy property in Melaka, Malaysia 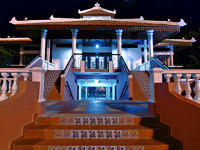 Melaka is one of the smaller Malaysian states. Malacca, its capital, is a major tourist destination known for its historic colonial and Chinese architecture. Melaka was the Singapore of the 15th century, an important trading centre for ships from South America, the Middle East, India and China on the spice route included the Strait of Malacca.

Founded by the Sumatran prince Parameswara in 1400, Melaka is the only Malay state that was occupied by three Western colonial powers the Portuguese, the Dutch and the British and their cultural legacy is evident in Malacca City, now a World Heritage Site.

The diverse cultures that make up Malacca's heritage are key to its tourist attractions. Heeren Street, an important stretch in the capital, features shop homes from the mid-1600s to the late 1800s. Several are now small hotels, restaurants and cafes, while some are residences. The city is also home to one of Malaysia's oldest mosques, the 18th century Masjid Kampong Kling, built by South Indians on the western banks of the Melaka River.

The city's major landmark is A Famosa, the huge Portuguese fort erected in 1511, built in the Gothic style prevalent in Portugal under King Manuel I. The fort successfully withstood the Dutch invaders, but the Portuguese surrendered due to starvation. In 1669 a Dutch coat-of-arms was carved above the arch. About a century later, the fort was torn down by the British. The only remnant is a massive gateway with 3-metre walls, the Porta De Santiago. Some Melaka inhabitants, mainly fishermen, have Portuguese ancestry.

The Portuguese brought Catholicism to Melaka, and the oldest Catholic church, St Peter's, dates from 1710 and combines Eastern and Western design elements. An old form of the Portuguese language, the Cristao or Kristang, is still used by some Eurasians.

The Dutch had a more visible influence. Aside from introducing Protestantism to the country, they brought their architecture from South Africa. The most important Dutch heritage site in Melaka, the 17th century Stadthuys in Dutch Square, was the official residence of the Dutch governor and was built in the characteristic Dutch dark red colour. Many Melaka streets have buildings with facades displaying typical Dutch ornamentation.

The British built schools, hospitals, and a railway network. Their architecture was inspired by classical models, and emphasizes symmetry and harmony. The houses on Jonker Street across the Dutch Square are fine examples of the British era, with long narrow facades, and an interesting combination of Asian and European design elements.

The Chinese traded with Melaka long before the westerners arrived. Melaka has Southeast Asia's oldest Taoist temple, the Cheng Hoon Teng, built in 1646, and its biggest Chinese cemetery, Bukit China (the "Chinese Hill"), filled with thousands of highly decorated graves.

Bukit China is near the historical well of Hang Li Po, a 15th century Chinese princess who was one of the Sultan's wives.

Economically successful Chinese mixed with the Malays. Called the Peranakan or the Baba-Nyonya, the resulting well-to-do class of residents of mixed Chinese/Malay ancestry had their own dialect.

One distinctive trademark of Melaka homes are the Tangga Melaka, or Malacca Steps, found in local residences 100 to 200 years old. While in other parts of Malaysia the front steps of traditional homes are wooden, here the steps are brick and inlaid with ornamental tiles from China. The size and number of steps and ornate tiles reflect the residents wealth and status.