Where to buy property in Mayo, Ireland 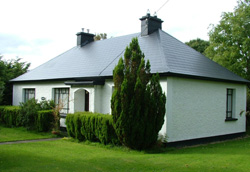 County Mayo is a quiet, rugged land of mountains and bogs. Hundreds of small islands in Clew Bay are also part of the county. Imposing cliffs, the highest in all of Europe, overlook secluded beaches along Mayo’s lengthy coastline. Hundreds of small islands in the bay are part of County Mayo as well. Clare Island was the domain of pirate queen Grace O’Malley. Achill, the biggest island in Ireland, is connected to the mainland by a bridge. Its sandy beaches and dramatic cliffs make it a popular vacation destination.

County Mayo’s bays, rivers and lakes which offer excellent fishing. Boglands are important shelters for various flora and fauna. The fields between the villages of Belderrig and Ballycastle are not only scenic bogland with rare plant life but the site of a Neolithic agricultural system. Dramatic geological formations are visible from this protected site. 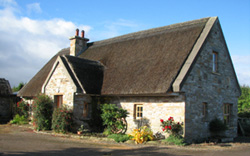 Farther inland, the terrain grows more mountainous and idyllic. Croagh Patrick is a pyramid-shaped mountain named for St. Patrick, who spent Lent fasting here in the year 441. It draws pilgrims from all over Ireland during the last Sunday in July. Another pilgrimage site in Mayo is the town of Knock, where in 1879 several people claimed they saw an apparition of the Virgin Mary. Thanks to the more than one and a half million pilgrims who visit Knock every year, the town has its own international airport.

The county seat, Castlebar, is a lively market town. An especially delightful town is Westport along the River Carrowberg and Clew Bay. The beautiful Georgian houses linings its streets include one of the most impressive stately homes in Ireland, Westport House.Ballina, Mayo’s second-biggest town after Castlebar, is dominated by shops and pubs with splendid Victorian and Edwardian facades. It is a lively commercial centre by the banks of the River Moy and is known for its summer festival.