Where to buy property in Maricao, Puerto Rico 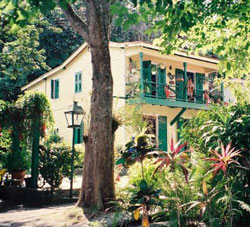 There is a romantic legend about how the tiny mountain town of Maricao got its name. A Taino princess named Maria fell in love with a Spanish conquistador. Rather than see her beloved killed by the Tainos in a surprise attack upon the Spaniard's encampment, she revealed the plot to him. For betraying her people, Princess Maria was tortured to death. In honour of her memory, the Spaniards named the town Maricao, which is a contraction of the name Maria and the suffix “cao” from the word "sacrificio".

Maricao is the smallest municipality in Puerto Rico. Much of its commerce is focused on agriculture, the coffee industry in particular. Sadly, however, the coffee market is not as huge as it was in the 19th century. This decline is evidenced the conversion of several old plantations into museums, the most notable of which are Hacienda Delicias and Hacienda Juanita.

To augment the municipality's economy, fruits and vegetables are grown together with coffee. A number of manufacturing companies have built factories in Maricao, one of them being a manufacturer of surgical equipment.

But it is tourism that has boosted the town's economy, and there is certainly a lot to see in Maricao, including the Bosque Estatal de Maricao, Puerto Rico's largest state forest and a bird-watcher's paradise.