Where to buy property in Maranhao, Brazil 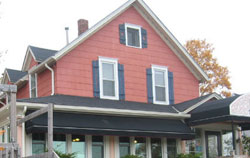 Maranhão’s landscape includes large tropical forests, big sand dunes and an abundance of palm trees. It can get very hot and humid here during the summer. Maranhão is one of Brazil’s poorest states.

The state capital is São Luís. It is quite unusual for a Brazilian capital because it was founded by the French and it is situated on an island. The city’s historic centre has been designated a UNESCO World Heritage Site because it is a beautifully preserved, 17th century colonial town from that has managed to adapt to modern times without compromising its character. Its most distinctive architectural element are the tiles that cover its old houses, earning São Luís the nickname “City of Tiles”.