Where to buy property in Manila City, Philippines 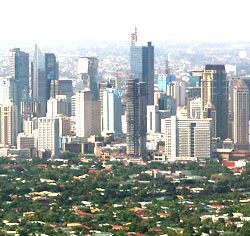 As the oldest part of the metropolis, the City of Manila is a must-visit for history buffs. Aside from the walled city of Intramuros, a number of neoclassical government buildings constructed during the American regime can be found here. This is also where the University of Santo Tomas, the oldest university in the country, has its campus.

Manila’s charm is varied—from historical sites, museums and sidewalk cafés found in the Malate area to the narrow, busy streets of Binondo.

A person can spend a day walking around the Ermita area, browsing in its small shops and large shopping centres. The area used to be the city's most popular nightlife district (and, further back, red light district); its heyday has passed, but there are still a good number of bars, restaurants, and small nightclubs.

Malate is a restaurant and nightlife area, attractive to night owls—clubbers, diners, party-goers. It also has a lively gay scene. Malate’s charm is its well-preserved 1920s houses and informal bohemian atmosphere, which was capitalized on by a restaurant entrepreneur who created a series of nostalgic, neo-colonial restaurants bunched around Malate’s centrepoint, Remedios Circle.

Binondo, Manila’s Chinatown, is a crowded neighbourhood of cramped lanes lined with many small Chinese food and medicine stores, video shops, and restaurants and small eateries. Calesas, or horse-drawn carriages, still pl the streets. The narrow streets of Binondo are almost always chaotic and confused.

One of its most popular areas is Divisoria, the place to go if you want to find bargains or buy in bulk. Many Filipino-Chinese businessmen have their warehouses here. Although it certainly does not offer Makati’s upscale experience, almost as many (if smaller) business transactions go on in Divisoria daily.

Manila also boasts the city's original light rail transit, the LRT I, which runs the length of Taft Avenue and crosses major thoroughfares. This system connects (indirectly) to the MRT Line that runs the length of EDSA, Manila’s main highway. 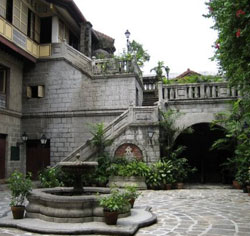 Intramuros, the Walled City, was built by the Spaniards in 1571 within the old Malay settlement of Maynila. They built churches, schools, houses a plaza and the governor’s mansion here, and ruled the country from within the walls. Today, only two churches remain standing—the Manila Cathedral and San Agustin Church, both of which have been destroyed and rebuilt several times over the centuries. San Agustin has a museum that showcases paintings by Filipino artists of the early 20th century. The Manila Cathedral houses the remains of the explorer Miguel Lopez de Legazpi.

Intramuros was almost entirely destroyed during the Japanese retreat and the American advance at the end of World War II, with the exception of San Agustin Church. There has been some attempts at reconstruction “in the spirit of the original”—i.e., new buildings must be more or less plausible simulacra of the original buildings within the walled city. Aside from the churches and museums, some buildings are in use—mainly by businesses that need to be near the port area. There are also a few schools located in Intramuros. The road running through Fort Santiago and San Agustin remains cobblestoned. The moat that once protected the city has now been converted into a public golf course. The whole area today has a busy, but run-down feeling.