Where to buy property in Mandaluyong City, Philippines 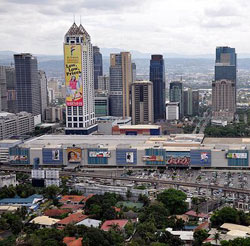 What started out as a mainly residential area is fast becoming one of the busiest parts of Metro Manila. Once an affordable outlying area for commuters, Mandaluyong now has a vast number of offices and commercial establishments.

Aside from the banks, restaurants, and shops along Shaw Boulevard, one of its major thoroughfares, Mandaluyong has several large shopping malls, lively nightspots, and two metro rail stations.

Shopping centres abound. There is the massive SM Megamall complex, one of the metro’s most popular malls, and the Shangri-La Plaza, an upscale shopping and entertainment area that includes Rustan's Department Store. In other areas you will find the EDSA Central area, which contains a wet market, Star Mall and, nearer the Pasig River, Robinson’s Place Pioneer.

Many companies in the food, medicine and laboratory equipment industries have their factories here, by the Pasig River. But high costs are prompting them to relocate. Mandaluyong is fast becoming the base of many service industries, including call centres and financial services.