Where to buy property in Manawatu-Wanganui, New Zealand 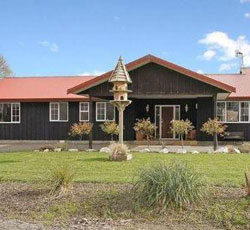 The Manawatu-Wanganui Region is named after two predominant river catchments in the area, Manawatu and Wanganui. It is noted for its diverse landscapes, which include a rugged volcanic plateau, the Ruahine and Tararua mountain ranges, the flat, tree-studded Manawatu Plains, and the North Island’s tallest peak, Ruapehu Volcano.

The university city of Palmerston North and the exquisite gardens of Victoria Esplanade, Pukemarama, Cross Hills, and Fragrant Garden are also in Manawatu.

Wanganui’s main attraction is the Wanganui River, also known as the ‘Rhine of New Zealand’.  It is the country’s longest navigable river, and many New Zealanders love to fish, canoe, and kayak on it.

The river courses through the lowland forests at the heart of Wanganui National Park. Near the river is the Mangapurua Stream, acrossr which the Bridge to Nowhere was constructed. The bridge was built in the 1930s to access an isolated farming settlement. The settlement has long been abandoned, but the bridge remains intact.

Other sites of interest in Wanganui include the Wanganui Regional Museum, the Ward Observatory, and the Durie Hill War Memorial Tower, made out of fossilized shell rock and erected in memory of New Zealand soldiers who died during World War I.