Where to buy property in Maipu, Chile 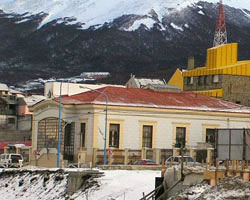 A historic city, Maipú was founded in 1821 on the site of the historic Battle of Maipú three years earlier, which marked the end of the Spanish occupation of Chile.

Though just a few kilometers away from the city centre, it is the greenest area in Chile, with a number of small hills and large farms. A tributary of the Mapocho River and some agricultural canals run through Maipú.

Some of the major residential areas here are La Rinconada, Ciudad Satellite, Villa El Abrazo, Villa Heroes, The Farfana, and Barrio Las Rosas. Their population consists mainly of young middle-class inhabitants. Maipú is one of the largest communes of Santiago. One of the main municipal pools is found here.

There are some shops and some historic old churches and ruins. In the park of Cerro Primo de Rivera are the remnants of a Spanish military command post.