Where to buy property in Longford, Ireland 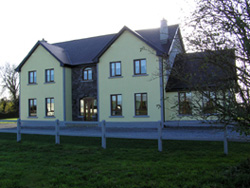 Longford is situated in River Shannon’s basin. Its terrain is largely flat, though drumlins rise in the north. In the south are agricultural lands and bogs. Petrified wood over thousands of years old can be found in the boglands. A road that was built around 148 BC and uncovered in 1985 was found here. It is the largest ancient road found in Europe to date, and its history is detailed in an exhibit at the Corlea Trackway Visitor Centre in Kenagh.

Longford was once the seat of power of the O’Farrell clan, who ruled the county for centuries and built seven castles in the south. The county seat, Longford, is a small, well-planned town, with broad streets and plenty of open spaces. Anglers head to the lovely town of Lanesborough on the shores of Lough Ree to fish for bream, tench and roach in the lake’s warm waters. Ardagh is a charming residential village where the ruins of an early church founded by St. Patrick can be found. This is one of the local attractions, along with Carrigglas Manor, a 19th century house built in the Gothic revival style. It has a picturesque garden with a stream running through it.