Where to buy property in Loiza, Puerto Rico 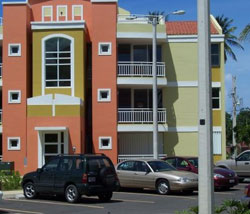 Loiza has the highest percentage of residents of African descent in Puerto Rico, because in the 19th century, it was a settlement of freed and escaped slaves. Most originally came from the Yoruba tribe of Nigeria. As a result, the traditions of the town are a hybrid of Caribbean and African cultures. Sadly, the town remains largely underdeveloped, with most residents living below the poverty level.

This lively mix is evident in their music. While considered the birthplace of the Plena music form, equally popular in Loiza is the Afro-Caribbean dance rhythm, Bomba.