Where to buy property in Limerick, Ireland 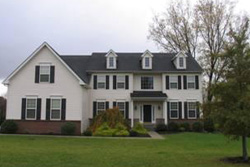 The county of Limerick is largely rural, known for the many dairy farms in its green pastures. Its name has its origins in the Irish word Luimneach, meaning “the flat area,” referring to its great verdant plain bordered by mountains. Its northern border is formed by the Shannon Estuary, where there is a shallow port.

The county seat, Limerick, is Ireland’s third largest city after Dublin and Cork. It is known for its medieval monuments, including King John’s Castle and St. Mary’s Cathedral, the Trinitarian Abbey, and the Augustinian Priory. There are also some elegant Georgian terraces in the city. To Limerick’s southwest, Adare is considered the loveliest village not only in the county but in all of Ireland. Beautiful restored stone houses with thatched roofs line its long Village Street.

The county has some lovely parks as well, such as Celtic Park and Gardens and the Curraghchase Forest Park. Lough Gur is one of Ireland’s major Neolithic sites. Museums in Limerick include the Hunt Museum, Croom Mills Waterwheel and Heritage Centre, and the Foynes Flying Boat Museum, where Irish coffee was first made.

The county’s major port is Foynes.