Where to buy property in La Rios, Ecuador 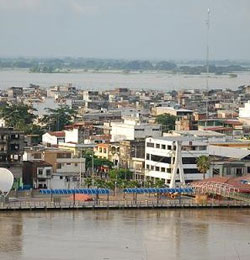 The province of Los Ríos got its name from the numerous rivers that cross the region. Vast ranches, healing spas, beautiful beaches, and well-preserved forests also make up much of Los Ríos.

Los Ríos’ main inland ports are Quevedo, which has a large Chinese colony, Babahoyo, Ventanas, Ricaurte and Catarama. One of Los Ríos’ most visited spots is Babahoyo’s Miraculous Waterfall, which is said to have healing properties.

The capital of Los Ríos is the commercial yet traditional town of Babahoyo, blessed with lovely beaches, verdant parks, and the Miraculous Waterfall, which is said to have healing properties. River bathing is a common enjoyable activity heLare.

Babahoyo is not particularly developed. It is still a slow-paced, rustic town, though it has a small shopping centre and some bars and clubs. Its cathedral has a large mural that depicts the Virgin Mary. In the neighbourhood of Vinces stand old mansions that once belonged to the wealthy cacao merchants of Babahoyo’s earlier, prosperous years.