Where to buy property in Kuna de Madugandi, Panama 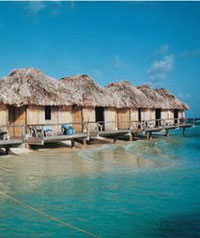 The Kuna de Madugandi is a comarca inhabited by the Kuna tribe. This comarca was formed in 1996, and does not have its own districts. Akua Yala is the capital. The province is located in eastern Panama's Chepo district.

The Kuna speak their own language called "Tule".� In the Madungandi reservation there is little Spanish proficiency.�

The Kuna number about 35,000, with the majority living in the San Blas Islands, and on the mainland in the Madungandi reservation.

The Kuna launched rebellion in 1925 against government policies banning traditional dress and religious customs, which resulted in the establishment of a semi-autonomous territory (Comarca). This special status granted Kuna control over 365 small coral islands of the Archipelago (San Blas), and 2,357 km2 of coastal region in Darien.�

Today tourism is an important source of income for the Kuna, and is directly under the supervision of the General Kuna Congress, in reaction to previous abuses by Panamanians.

The Kuna have a matrilineal society, i.e., inheritance passes through women (this does not mean matriarchy, obviously, since "talking meetings" are men's affairs). A young man, after marriage, must live in his mother-in-law's house and work for several years under apprenticeship to his father-in-law. Daughters are prized because they will eventually bring additional manpower into the family.