Where to buy property in Korce, Albania 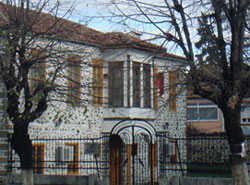 Located in eastern Albania, this county consists of the Devoll, Kolonje, Koroe, and Pogradec districts. The county's eastern border lies on Albania's eastern border, and calls the Republic of Macedonia in the northeast and Greece to the southeast as its neighbors.

Korce City (pop: 58,000) is Albania's seventh largest city. It is on a plateau near the Greek border, amid the scenery of the Morvava Mountains. Its residents are mostly ethnic Albanians, although some Macedonians and other nationalities live here too.

Pogradec City is a one of the country's busier parts, and tends to attract artistic types. Pogradec's inspiring scenery has given the city ts nickname, "The Poet's City".